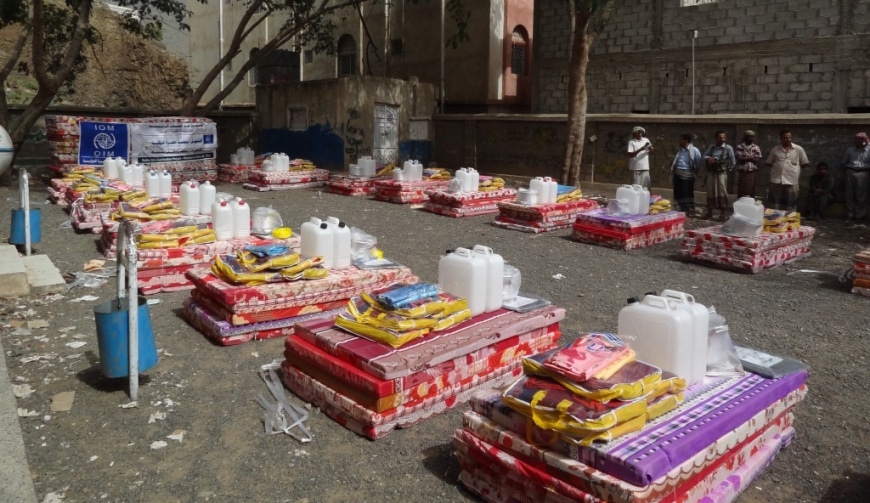 A field survey had been made before  the distribution process by IYSO team and during the survey  the team registered about 400 displaced family according to specific standards of  selecting the beneficiaries . In addition IYSO designed a mechanism for the distribution included cards to the beneficiaries to get their kits  based on an adequate database for all the targeted families . The designed mechanism is very adequate so there were no  duplicates  or forgery in registration and distribution .