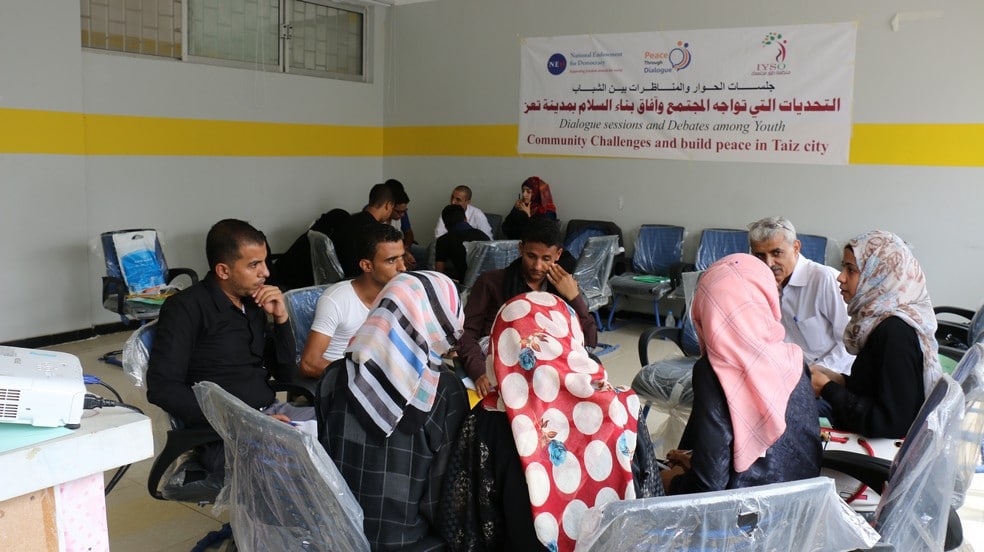 DIALOGUE SESSIONS AMONG YOUTH ABOUT COMMUNITY CHALLENGES IN TAIZ CITY

The first phase of the dialogue sessions among youth that was organized by IYSO and funded by NED in Taiz city was concluded two days ago .

60 participants involved in this events such as youth leaders who belong to different political orientations , academic teachers , human rights activists and media activists .Moreover, the program included discussion sessions about the community challenges in Taiz , as well as the future challenges and risks that threatens peace building after the current conflict in Yemen .

The participants had discussed issues like social cohesion and peace building mechanisms in Taiz city furthermore they discussed , economic , political and security challenges .The third dialogue session discussed the issues of involving youth in politics . This events aimed to encourage youth to adopt dialogue principle as a democratic approach in discussing problems and challenges that faces their community and enhancing their role in politics participation and involving them in civil life and putting a future vision for Taiz city after the end of the conflict .